There are many types of stone engraving machines, so according to different products, its engraving technology is different. Then, what are the engraving methods of stone CNC router machines?

What is The Best CNC Router for My Business?

Flat carving is basically carving on the stone. The image was carved out, photos are recessed. Sculpture in a plane substantially planar dielectric (e.g., slate, ceramic tile) drawn on, and substantially no real sculpture, also known as “Virtual Color.”

Flat carving, the carved pattern must maintain a certain height and depth with the surface of the carving. There are two types of flat carving: inverted carving and positive carving: dig out the pattern part so that the displayed pattern is lower than the surface of the ground. This practice is called inverted carving. For example, the ring line of the core board of the cabinet door, the skirting board on the plaque seat, and the draped teeth are mostly flat-carved techniques, and most of the sun patterns are used. The intaglio technique is not used much on furniture.

Relief is two-dimensional, keep the image, and remove the rest, the picture is protruding on the object.

The relief is a kind of carving. The sculptor sculpts the image he wants to shape on a flat plate to make it out of the plane of the original material. Relief is the product of the combination of sculpture and painting. It uses compression to deal with objects, uses perspective and other factors to express three-dimensional space, and only allows one or two sides to view. Reliefs are generally attached to another plane, so they are used more in architecture and can often be seen on utensils. Because of its compression characteristics, it occupies a small space, so it is suitable for decoration in a variety of environments.

Relief is a semi-three-dimensional sculpture that is embossed on the surface of the stone with image modeling (just the opposite of sinking). According to the different depths of the image modeling, it can be divided into low relief and high relief. Bas-relief is a single-level statue with a single content; high-relief is a multi-level statue with a more complicated content. The carving technique and performance style of relief sculpture is basically the same as that of round sculpture. Many large-scale memorial buildings, high-end mansions, and private houses in ancient and modern times are equipped with such decorations. Their main works are wall blocks, flower windows, dragon pillars (early), and pillar foundations.

There are also various techniques and forms of round sculpture, including realistic and decorative, concrete and abstract, indoor and outdoor, rack and large-scale city sculptures, colored and non-colored, etc.; sculpture content The subject matter is also rich and colorful. It can be characters, animals, or even still life; the materials are even more colorful, including stone, wood, metal, clay sculpture, plaster, textile, paper, plants, rubber, etc. Mostly used in fountains or gardens and indoors.

Shadow sculpture, as the name suggests, its sculpture image is realistic, just like photography. It is a new technology developed and innovated based on the “needle black and white” technology in the early years. It uses a variety of micro-steel solders of different thicknesses on a 1.5 cm thick bluestone slab, which depends on the size of the lead point. The organic combination of, depth, thickness, density, and virtual reality is carefully carved and imaged accordingly.

The shadow carving adopts pure color stone such as black jade and Shanxi black. After being polished by water, the outline of the image to be carved is drawn on the polished surface. According to the principle of black and white light and shade imaging, a special needle-like small alloy steel head tool is used. The wrist force adjusts the thickness, depth, and dotted lines of the needle points to express the image. Shadow sculpture not only has the same artistic effect as photographic optics but also embodies the brushstroke technique of painting, with unique artistic charm. In today’s day and night of modern science and technology, Dadian stone carving shadow carving, as a traditional hand-carved handicraft, has more and more demonstrated its value, and it has overcome the shortcomings of yellowing and fading of photos and pictures and can be preserved forever. 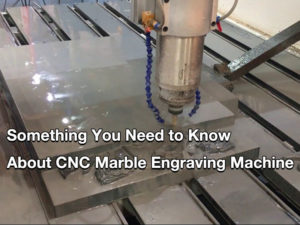 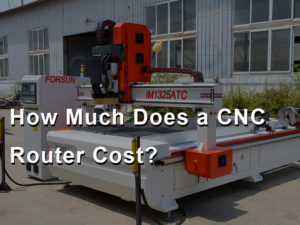 How Much Does a CNC Router Cost?

How to Make Money with CNC Routers？